Sitting between ancient and prosperous civilizations of India, China and Southeast Asia, Myanmar, the place “Where China meets India”,  has for centuries been a crossroads of cultures and people which have shaped the richness and diversity we can admire today. However, the coexistence between the countless ethnic groups has not always been peaceful throughout Myanmar’s history. Since Myanmar gained independence in 1947, deep-rooted ethnic divisions have fueled demands for autonomy or independence from the central government in several regions of the country. Such claims rapidly led to the formation of dozens of Ethnic Armed Organizations (EAOs) who took militarily control of portions of the country and engaged the Union Government in a number of scattered, on and off conflicts over almost 60 years. The areas under the control of EAOs function as independent enclaves with rudimentary, yet consolidated, systems of governance which provide security and basic services to local communities and have their own foreign policies in place.

With the establishment of the first civilian government in March 2011, and the election of Thein Sein as President, Myanmar has started a long and complex transition process and has launched a broad reform agenda. These reforms cannot succeed unless accompanied by the end to the ongoing conflict between the central Government and the various EAOs.

From 2011 to 2013, 14 bilateral ceasefire agreements were signed between the central Government and 14 EAOs. The talks continued during the presidency of Thein Sein and led to the signing of the Nationwide Agreement Ceasfire - NCA, on 15 October 2015. The NCA - was initially signed by 8 EAOs[1]; with 2[2] more joining in 2018.

In November 2015, the National League for Democracy (NLD) led by Daw Aung San Suu Kyi won the general elections by a landslide and formed a new civilian government. In office since April 2016, the new executive made the peace process a top priority and relaunched the talks with EAOs with the promise of a strong federalist breakthrough.

However, the road to peace is still long and difficult. Several areas of the country are still affected by conflict and need humanitarian support:

While providing support and funding for activities in response to each of the above emergency situations, AICS Yangon has opted to focus mainly on Rakhine, as it is currently the most complex and multifaceted crisis in Myanmar.

Rakhine State is the second poorest State in the Union, it has the highest number of IDPs and it the area of the Country with the highest level of conflict currently. More than 130,000 Rohingya people are scattered in 24 camps concentrated mostly around the state capital Sittwe, and there are an additional 85,000 displaced ethnic Rakhine people who have fled the areas affected by the conflict between the Arakan Army (AA - armed group with Buddhist beliefs) and the Myanmar National Army.

It is important to note that Rohingya are not recognized as citizens by the 1982 Citizenship Law, which doesn`t include this minority as one of the 135 “national races” even though they have lived in Myanmar for centuries. For this reason, 600,000 Rohingya inhabitants of Rakhine State are considered stateless by the Myanmar Government.

The objective of the emergency assistance activities carried out by AICS Yangon is twofold:

At the moment, Italian interventions in the emergency sector have mainly taken place through multilateral channels, funding the High Commissioner for Refugees (UNHCR), the International Committee of the Red Cross (ICRC), the World Food Program (WFP) and other international agencies.

The initiatives promoted by AICS Yangon have provided direct aid to the most vulnerable people affected by the conflict, including the displaced population who had to leave their homes, their cities and take shelter in camps.

To learn more, please visit the site below: 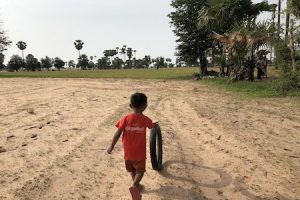 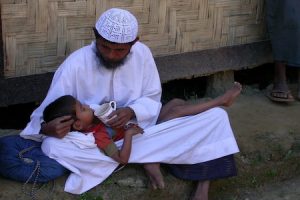 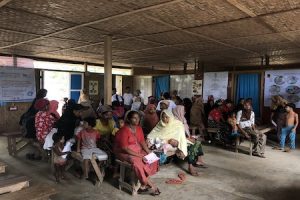